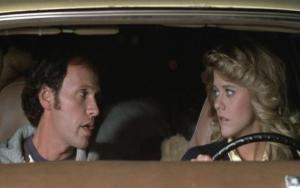 In honor of Valentine’s week here is the first in a series of excerpts from a letter written by J.R.R. Tolkien to his son. The paternal counsel is a rarity: decidedly counter-cultural but not, I suspect, counter-intuitive. Tolkien’s depiction of the innate differences between the sexes rings true to me but I’d be interested in hearing what the rest of you think.

A man’s dealings with women can be purely physical (they cannot really, of course: but I mean he can refuse to take other things into account, to the great damage of his soul (and body) and theirs); or ‘friendly’; or he can be a ‘lover’ (engaging and blending all his affections and powers of mind and body in a complex emotion powerfully coloured and energized by ‘sex’).

This is a fallen world. The dislocation of sex-instinct is one of the chief symptoms of the Fall. The world has been ‘going to the bad’ all down the ages. The various social forms shift, and each new mode has its special dangers: but the ‘hard spirit of concupiscence’ has walked down every street, and sat leering in every house, since Adam fell.

We will leave aside the ‘immoral’ results. These you desire not to be dragged into. To renunciation you have no call. ‘Friendship’ then? In this fallen world the ‘friendship’ that should be possible between all human beings, is virtually impossible between man and woman. The devil is endlessly ingenious, and sex is his favourite subject. He is as good every bit at catching you through generous romantic or tender motives, as through baser or more animal ones.

This ‘friendship’ has often been tried: one side or the other nearly always fails. Later in life when sex cools down, it may be possible. It may happen between saints. To ordinary folk it can only rarely occur: two minds that have really a primarily mental and spiritual affinity may by accident reside in a male and a female body, and yet may desire and achieve a ‘friendship’ quite independent of sex. But no one can count on it. The other partner will let him (or her) down, almost certainly, by falling in love.

But a young man does not really (as a rule) want ‘friendship’, even if he says he does. There are plenty of young men (as a rule). He wants love: innocent, and yet irresponsible perhaps. Allas! Allas! that ever love was sinne! as Chaucer says. Then if he is a Christian and is aware that there is such a thing as sin, he wants to know what to do about it.

3 thoughts on “‘A young man does not really want friendship’”