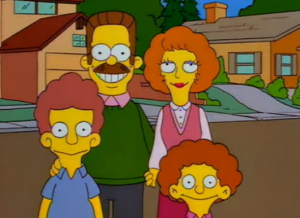 Even though princes sit and talk against me, Your servant meditates on Your statutes.

We’ve been reading a psalm or two at the table by asking the kids to pick a number between 1-150. The method is strangely appealing to the youngers in our brood because they get to decide what everyone hears. The older kids are challenged to name a chapter that hasn’t already been read under threat of hearing the ‘wrong answer’ buzzer.

I know what you’re thinking and the answer is yes–our weekends are even crazier.

Anyway, one of the “problems” with familiarizing your kids with the Bible is that they endeavor to use their knowledge against you. In psalm selection it happens when a former cherub chooses Psalm 119 and smiles as if to say “Your move, Dad. Let me know how this works out with the 4 & 5-yr old.”

{Once again the boy has underestimated his old man. With the serenity of a sage I explain that Psalm 119 is broken up into stanzas, each one beginning with a letter in the Hebrew alphabet, and that we’ll simply take a couple stanzas a night to read the entire chapter.

DIDN’T SEE THAT ONE COMING, DID YOU?! YOU THINK I WENT TO SEMINARY TO BE MADE A FOOL OF BY CHUMPS LIKE YOU?!?

“Children, hearken unto the voice of the Lord as we read.”}

And so we came across the psalmist conveying his devotion to the Law even in the face of criticism and derision. Since Psalm 119 is an ode to the beauty and perfection of God’s word it seems safe to say that the psalmist is scorned precisely because he loves and adheres to the divine statutes.

Now I realize that “slander” and “ridicule” are measured on a sliding scale. I recognize that some Christians nurse microaggressions with the skill of a Mizzou undergrad. And I regretfully acknowledge that some of our company practically invite the disdain we decry. But exceptions don’t negate the rule: those who love the Word will not be esteemed by the world.

To put it another way, if you love the Word you will not be able to avoid a certain sense of alienation. The psalmist gets at this a few verses later (v54) when he declares Your statutes are my songs in the house of my pilgrimage. I love the paradox–a home-owning pilgrim. This is, I think, a helpful way to get to the point I want to make. Whatever place my kids may find among the general populace I want them to think of themselves as pilgrims first.

If that happens, they will always have some sense of being in a strange, old world. But conversely, they will be seen as strange by the world–little Rods and Todds in their very own Springfield.

Our secular preachers tell us that you always hate what you don’t understand. In that case, I hope my kids love the Word so much that they end up being the ones the world hates best.

One thought on “We’ll always be Flanderses”