What follows is a slightly edited exchange that sprang from a church member’s personal Bible reading. Always encouraging to know others are reading and thinking.

I have a question regarding levirate marriage in Deuteronomy 25. My ESV study Bible says that in the case that the brother-in-law (the “kinsman redeemer” ?) already had a wife, polygamy would be permissible. The commentary we have doesn’t exactly address polygamy here, and I haven’t been able to find another resource to comment on it (polygamy) for clarity. I understand that the purpose of levirate marriage is to preserve the line, etc., but I (admittedly) am a little bit unsettled by my study Bible’s comment that polygamy is “ok” here. I also know this was written to a different audience at a different time for a specific purpose…But my question is: in this case, is God’s Law approving polygamy? Any pointers on where/how to better understand this? Thanks in advance! 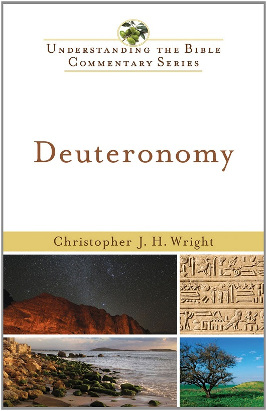 If you’re interested in a good commentary on Deuteronomy, I’d recommend this one by Christopher Wright. It’s concise, easy to follow, and sheds light on the intent behind Israel’s laws.

Here’s what I would say concerning the possibility that a levirate marriage would lead to bigamy. This isn’t everything that could be said but I think it’s a good start.

First, the Law needs to be read in it’s historical & social context as you recognize. It wasn’t delivered in a historical vacuum and in certain respects the Law deals with Israel as she is rather than as she ought to be.

Second, much of the Law would re-ordered Israel’s life toward the divine ideal, but some commands were concessions to circumstances that were less than ideal. In other words, the law was a less-than-perfect way to constrain sin and its effects. This is precisely the point that Jesus makes when he was questioned about the Law’s provision for divorce:

Mark 10:2-9  Some Pharisees came up to Jesus, testing Him, and began to question Him whether it was lawful for a man to divorce a wife.  3 And He answered and said to them, “What did Moses command you?”  4 They said, “Moses permitted a man TO WRITE A CERTIFICATE OF DIVORCE AND SEND her AWAY.”  5 But Jesus said to them, “Because of your hardness of heart he wrote you this commandment.  6 “But from the beginning of creation, God MADE THEM MALE AND FEMALE.  7 “FOR THIS REASON A MAN SHALL LEAVE HIS FATHER AND MOTHER,  8 AND THE TWO SHALL BECOME ONE FLESH; so they are no longer two, but one flesh.  9 “What therefore God has joined together, let no man separate.”

God created marriage to be a permanent union and He hates divorce (Mal 2:16). Nevertheless, divorce was permitted under certain circumstances in order to prevent a bad situation from getting worse. Were it not for hard hearts, no such concession would have been necessary.

Similarly, levirate marriage was provided to prevent a bad situation from getting worse. The perpetuation of the family line & a permanent share in the land were two of the biggest material blessings that God gave to His people. Beyond the material experience was a profound message: that God would create & preserve a people who would enjoy his enduring promises. But a man who died with no children lost his place among the nation since his name would die out and his share of the promise (land) would go to someone else. Levirate marriage, then, guaranteed that a bad situation (i.e. losing a man) didn’t lead to worse harm (i.e. losing a family line). Were it not for death, a levirate law would never be necessary.

Third, levirate marriage was very different from typical bigamy/polygamy in its intent. In polygamy, a man sought to acquire wives for his own benefit. In levirate marriage, a man was ‘assigned’ his brother’s widow for the sake of the deceased. Levirate marriage was apparently a less than desirable scenario in many cases since the Law attaches a shameful stigma to the man who would refuse his legal obligation (Deut 25:7-10).

Finally, I’ve come to learn is that it’s ok for us to be uncomfortable with some of the things we read in the OT Law. Since God gave the Law to lead us to Christ & a better covenant, it’s good for me to be dissatisfied with an imperfect solution to the mess created by sin & death. My heart and mind should say “Is this the best that we have? Isn’t there a better way?” And that draws me back to the promised perfection that we find in Christ. In Christ, we never have to worry about our names being erased or our inheritance being lost. Nothing that has been given or promised to us depends on what we can create or sustain. Better mediator. Better promises. Better covenant.

Hope this is helpful.