Let each one of us, then, proceed according to the measure of his puny capacity and set out upon the journey we have begun. No one shall set out so inauspiciously as not daily to make some headway, though it may be slight. Therefore, let us not cease so to act that we may make some unceasing progress in the way of the Lord. And let us not despair at the slightness of our success; for even though attainment may not correspond to desire, when today outstrips yesterday, the effort is not lost. Only let us look toward our mark with sincere simplicity and aspire to our goal; not fondly flattering ourselves, nor excusing our own evil deeds, but with continuous effort striving toward this end: that we may surpass ourselves in goodness until we attain to goodness itself. 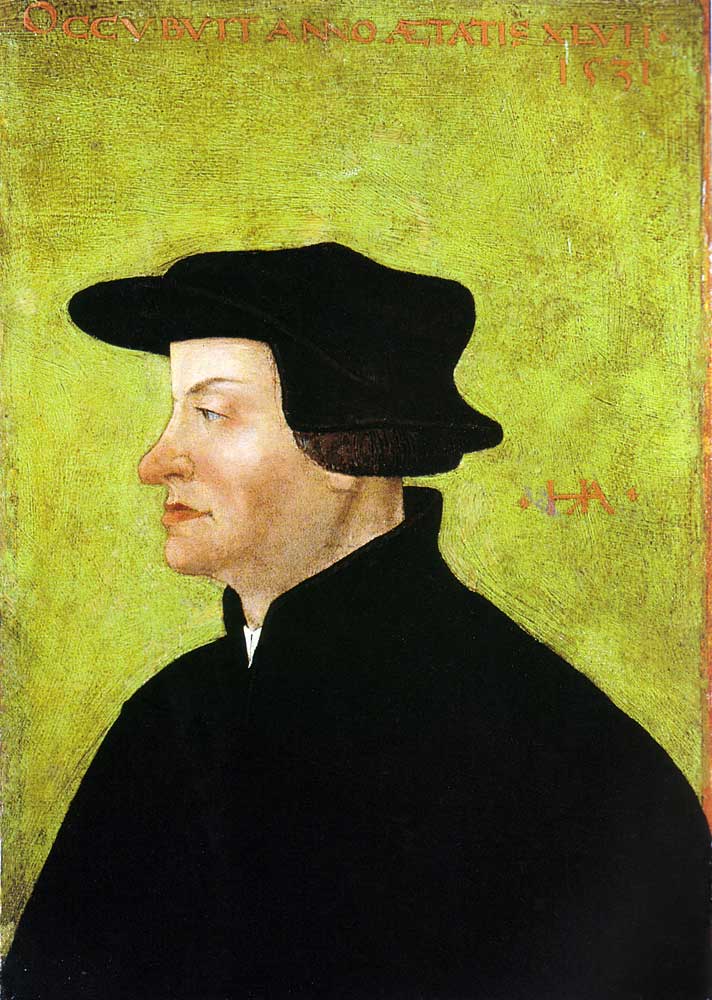 When I was younger, I gave myself overmuch to human teaching, like others of my day, and when about seven or eight years ago I undertook to devote myself entirely to the Scriptures I was always prevented by philosophy and theology. But eventually I came to the point where led by the Word and Spirit of God I saw the need to set aside all these things and to learn the doctrine of God direct from his own Word. Then I began to ask God for light and the Scriptures became far clearer to me.

–Bromiley, Zwingli and Bullinger, 90-91 (as cited in George, Theology of the Reformers). 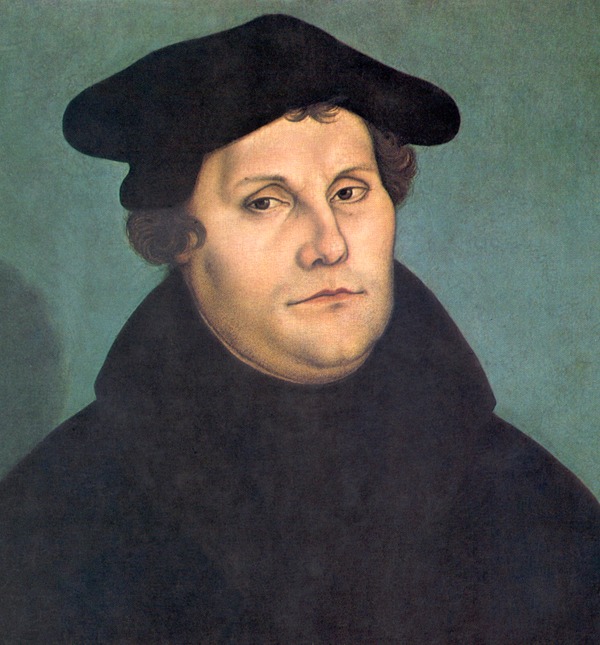 In his Theology of the Reformers, Timothy George recounts, through Luther’s own words, the seminal discovery that changed church history and the world as we know it:

Near the end of his life, Luther remembered how as a monk the phrase “justice of God” in Rom 1:17 had struck terror in his soul. All of his attempts to satisfy God–his prayers, fastings, vigils, good works–left him with a wholly disquieted conscience. His mood swung from despair over his own failures to a simmering rage at God: “I did not love, indeed I hated, that God who punished sinners; and with a monstrous, silent, if not blasphemous, murmuring I fumed against God.” Still, he “knocked persistently upon Paul,” meditating day and night in his study in the tower, until

I began to understand that the “justice of God” meant that justice by which the just man lives through God’s gift, namely by faith. This is what it means: the justice of God is revealed by the gospel, a passive justice with which the merciful God justifies us by faith, as it is written: “He who through faith is just shall live.” Here I felt that I was altogether born again and had entered paradise itself through open gates.

If you’re not gonna drink you might as well geek (on theology & church history).

Before there was Costanza, there was colonial Calvinism.

This anecdote from a biography of Jonathan Edwards was too good not to share. Although I haven’t identified a worthy recipient, I hope to employ these insults very soon:

In one colorful confrontation, a number of the young people were waiting at the Edwards home to meet with a formidable church judicial committee that included Colonel John Stoddard, the chief magistrate and judge of the region. As time dragged on, Timothy Root, one of the principal offenders (and a communicant church member), asked if he could leave and come back. When told “no,” Timothy announced loudly, “I won’t worship a wig.” He and his cousin Simeon then took off for the local tavern. He also declared (in a good example of how a Calvinistic low view of human nature might make one a revolutionary) that the committee members “are nothing but men molded up of a little dirt” and “I don’t give a turd” and “I don’t give a fart” for any of them. Insubordination was now added to the original accusations.

…those who pursue holiness with the passion that [DeYoung] pleads for are more than “susceptible” to [judgementalism and arrogance]; they will inevitably become self-righteous. This is my personal testimony and the witness of history. When did Galli’s personal testimony become a definitive statement on the (impossible) pursuit of holiness? I must have missed that passage. No matter, consider instead that, according to Galli, church history–all 2,000 years–is the mirror image of his personal testimony: that self-righteousness is the inevitable fate for all those with the temerity to strive for holiness. A claim like this gives new meaning to “hyperbole” and I’m going to assume that Galli would strike (or at least qualify) this line of his review if he were given a re-write. However, if Galli actually subscribes to this bleak view I’d be interested in a book swap–we’re clearly not reading the same history.

We want, above all, to know what it felt like to be an early Protestant. . . . The experience is that of catastrophic conversion. The man who has passed through it feels like one who has waked from nightmare into ecstasy. Like an accepted lover, he feels that he has done nothing, and never could have done anything to deserve such astonishing happiness. Never again can he ‘crow from the dunghill of desert’. All the initiative has been on God’s side; all has been free unbounded grace. And all will continue to be free, unbounded grace. His own puny and ridiculous efforts would be as helpless to retain the joy as they would have been to achieve it in the first place. Fortunately they need not. Bliss is not for sale, cannot be earned. ‘Works’ have no ‘merit’, though of course faith, inevitably, even unconsciously, flows out into works of love at once. He is not saved because he does works of love: he does works of love because he is saved. It is faith alone that has saved him: faith bestowed by sheer gift. From this buoyant humility, this farewell to the self with all its good resolutions, anxiety, scruples, and motive-scratchings, all Protestant doctrines originally sprang.  –C.S. Lewis

Earlier this year I picked up a used copy of Martin Marty’s Martin Luther: A Life for $4 at the public library and read most of it on a weekend getaway with my wife (who says romance is dead?). The book turned out to be a steal. It’s well-written, an easy read and, I think, a good book for those who would otherwise be scared away by biography & church history.

So as we commemorate October 31 as Reformation Day (ahem), here are just a few excerpts from the biography that I found arresting, encouraging, or just plain weird [Marty’s text has been italicized]:

1) Luther believed that God was at work spiritual conflict that he called “Anfechtungen”–spiritual assaults that prevented one from finding certainty in God: He wrote that he found that God provoked Anfechtungen as if in an embrace and called Anfechtungen “delicious despair.” Such despair offered sinners opportunities to grow in faith. The assaults robbed them of all certainty, until they found no place to go except to the God of mercy and grace. (p24)

2) Luther encountered doubt throughout his Christian life but discovered Christ was greater than his doubts: …when God made one just, he observed, the sinner became certain. This did not mean that anyone, and especially not Luther, would henceforth be free from all doubt or from mental trauma. No one going through the sea of life, he thought, could totally evade uncertainty any more than could those on long voyages at sea. Like Jacob, he would keep on wrestling. But the doubt, he contended, was itself a stirring up by the Christ who drove a person to make an appeal to him. So in Luther’s writing, Christ says, “I am more certain to you than your own heart and conscience.” And, he added, “Christ came into this world to make us most certain.” (p77-78)

3) Luther credited all of “his” success to Scripture: “I simply taught, preached and wrote God’s Word; otherwise I did nothing. And while I slept, or drank Wittenberg beer with my friends Philip and Amsdorf, the Word so greatly weakened the papacy that no prince or emperor ever inflicted such losses upon it. I did nothing; the Word did everything.” (p86)

4) Luther broke with much religious tradition even as he observed lesser cultural traditions: John Bugehagen officiated [Luther’s wedding to Katherine von Bora], with five witnesses present, among them artist Lucas Cranach and his wife, Barbara. Friend Justus Jonas next drew duty upstairs to observe the copulation, a formal term for the sealing of the betrothal bond…Couples in the Saxon culture of the day were to be witnessed thrashing around on the marital bed demonstrating that they had achieved consummation. (p106)

5) Luther understood that faith precedes good works: “If one has a gracious God, then everything is good. Furthermore, we also say that if good works do not follow, then faith is false and not true.”