…they all make haste toward some trivial objective that seems of more immediate interest than God. 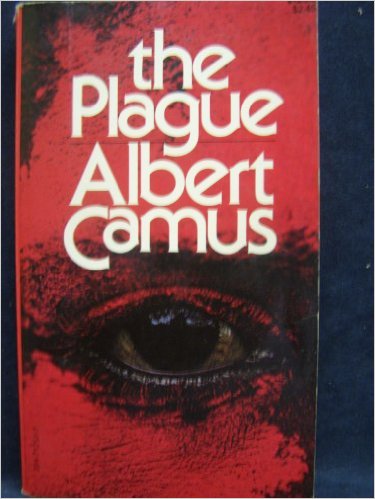 This semester I participated in a Worldviews in Literature course with our two oldest. Overall it’s been a good experience–lots of reading, insightful questions to answer, and generally good discussion.

For existentialism we read The Plague by Albert Camus which, in my opinion, turned out to be one of the better books in the course. At one point in the story one of the characters–Tarrou–compiles “a longish description of a day in the plague-stricken town.” Consider how the townspeople react when forced to confront their own mortality [emphasis added]:

“At the start of the great heat, for some unascertained reason, the evening found the streets almost empty. But now the least ripple of cooler air brings an easing of the strain, if not a flutter of hope. Then all stream out into the open, drug themselves with talking, start arguing or love-making, and in the last glow of sunset the town, freighted with lovers two by two and with loud voices, drifts like a helmless ship into the throbbing darkness. In vain a zealous evangelist with a felt hat and flowing tie threads his way through the crowd, crying without cease: ‘God is great and good. Come unto Him.’ On the contrary, they all make haste toward some trivial objective that seems of more immediate interest than God.

“In the early days, when they thought this epidemic was much like other epidemics, religion held its ground. But once these people realized their instant peril, they gave their thoughts to pleasure. And all the hideous fears that stamp their faces in the daytime are transformed in the fiery, dusty nightfall into a sort of hectic exaltation, an unkempt freedom fevering their blood.

“And I, too, I’m no different. But what matter? Death means nothing to men like me. It’s the event that proves them right.”

Camus wasn’t the first to depict religion and pleasure in competition for the human soul. Pascal had made this observation about three centuries earlier and he was more than a millennia behind Paul (1Cor 15:32) who was himself preceded by the OT wisdom authors (Prov 14:12-13; Eccl 2:1-11).

But in spite of wildly divergent worldviews these men all had one thing in common: they gave themselves to books.

What a bunch of dullards.